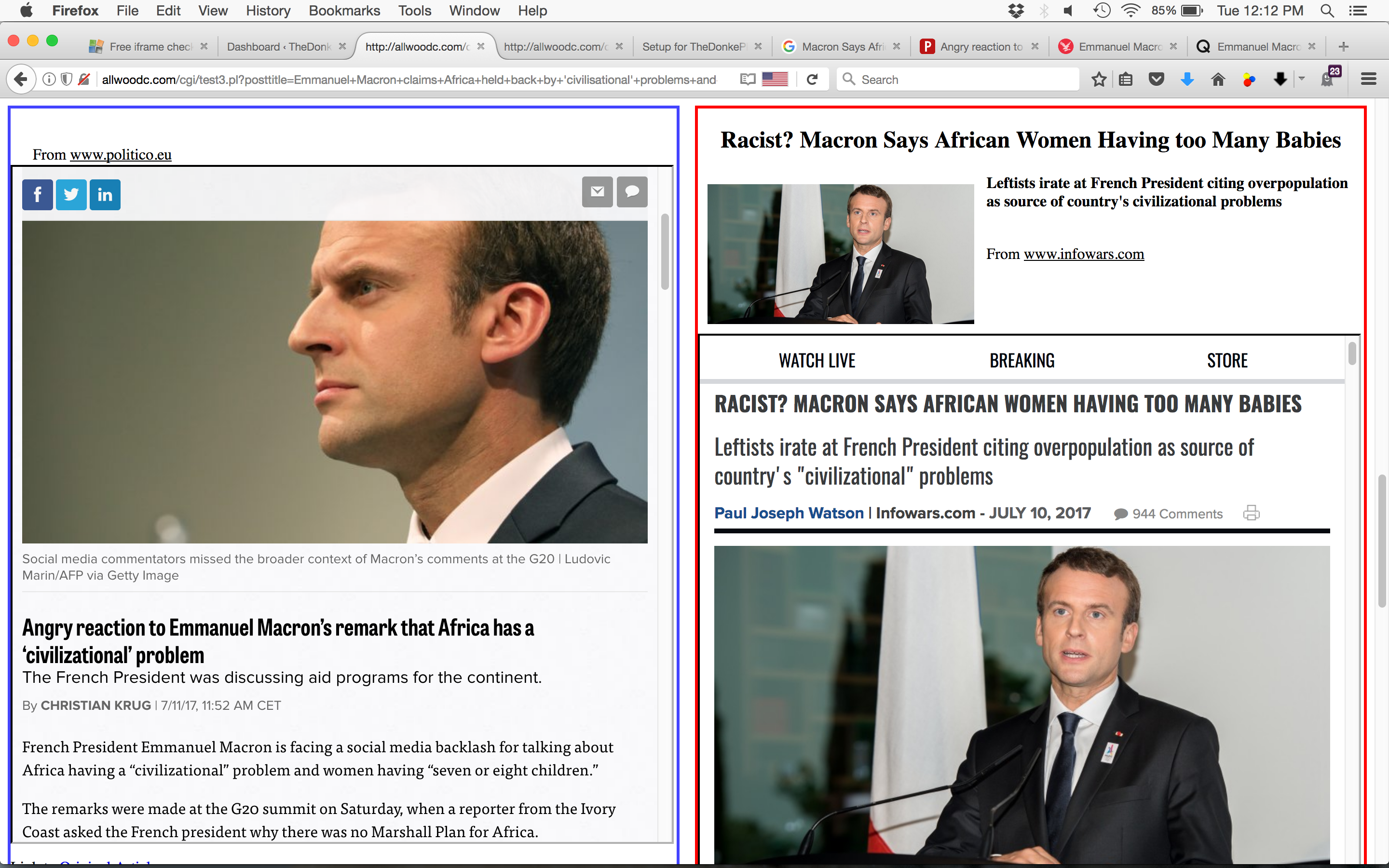 Macron responded with a three-and-a-half-minute soliloquy. He meandered on about the “civilizational” problems that Africa faces, and the differences between a postwar reconstruction project like the Marshall Plan and modern-day aid programs designed to address a variety of problems in a variety of countries.

Macron’s use of the word “civilizational” probably would have been enough to get him into hot water; it certainly sounds like a casually racist assessment that Europe’s “civilization” is different from, and perhaps better than, Africa’s.

But what came next triggered a social media firestorm that represented the first clear stumble by the new French leader. More than halfway through the answer, Macron said that one key challenge facing Africa is places where women still have “seven or eight children,” a birthrate he called continuously destabilizing.

Racist? Macron Says African Women Having too Many Babies

The fact remains that France stubbornly refuses to capitalize on its diversity. It will induct the odd non-white intellectual in the Acadamie franaise, but representation in politics, business, media, and other spheres that matter, is abysmal. Obsession with Islam and defending secularism only galvanizes opponents “including on the Left” of basic recognition of difference that are standard in the US or UK. Despite these obstacles, a crop of outspoken anti-colonial activists, journalists, and social media mavens has formed in France; you can rely on them to hold Macron, and all French politicians, to account.